No Post Day | No News Has Been Good News 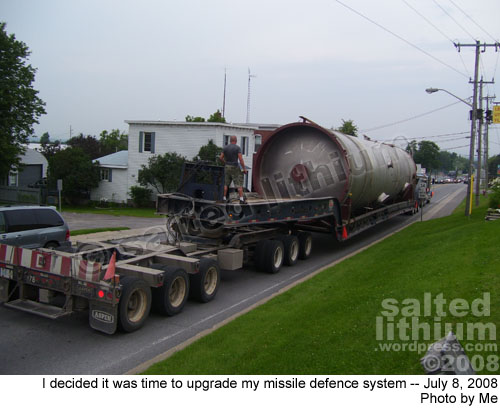 “Eve Of Destruction”; The Forgotten Rebels
Let me know if the YouTube isn’t available.

Like a large chunk of my generation I grew up almost convinced we were all going to be dead by 1990. But then the Wall came down in 1989 and all of my hopes, dreams and aspirations were crushed by the promise of a new, safe and friendly planet. Thanks to the East German army’s unwillingness to fire on their own people as they chiselled away at that Wall, I believed I would forever be condemned to living a full life free of radiation fuelled zombie’s.

But evidently I gave up on my childhood dreams of Global Disintegration too soon, because thanks to Vladimir Putin’s threats to reinvade Poland, I can once again see the possibility of a second sun rising in the West.

Leave it to the permanently-nostalgic Russians to want to relive the past sixty years in the hope that maybe, maybe they can get it right this time and the dictatorship of the proletariat will finally lead to a communistic nirvana. Because if there’s one thing a Russian likes to talk about more than how much better everything would be if only they adopted the ways of the past, it’s talking about how bad the present is.

When it comes to nihilistic and self-destructive tendencies the Vikings were tiny fifteen year-old girl Olympian gymnasts jumping around in brightly coloured leotards compared to the Russians. This is a State which pulled out of Afghanistan because they thought the job was done… the job having been killing tens of thousands of their own people. Historically Russia seems to have been so bent on self-destruction that in times of war its leadership actually considers killing the other side as collateral damage.

Their ten year war against Afghanistan was nothing more than a self-pumped meat grinder, but two years after their humiliating defeat the Russians became so nostalgic and so desperate for reasons to be clinically depressed the country invaded Chechnya where they did everything they could to lose. Afterwards Russia spent a few years biding its time, until 1999 when the government killed off a few of its Moscow citizens in faked terrorist attacks so they could manufacture one last opportunity to lay waste to a piece of their own country before the end of the millennium.

The problem is, of course, things are getting quiet in Chechnya — there being nothing left to make a noise. So it totally makes sense that Russia would, on the slimmest of pretences, invade Georgia because at that particular moment Poland hadn’t yet signed a missile defence treaty. And now that Poland has signed it, and since Georgia’s armed forces are outnumbered by the Toronto Municipal Police Force, it totally makes sense Russia would threaten to invade Poland. Because another war involving Poland would be the nihilist equivalent of watching Yelena Isinbaeva “pole vault” Tiffani-Amber Thiessen.

If the world were a bar Russia would be that guy in the corner who will, on a dare and as hard as he can, punch himself in the face.

But instead of a pleasant bar setting with many people enjoying each others company, Russia’s a country with a whole lot of nuclear weapons led by Putin, a Prime Minister who desperately wants to have the powers of Stalin and the lifestyle of Boris Berezovsky, and his Presidential lackey Medvedev, a man with shoulders just broad enough to carry his enormous head.

…lately every time I sit down to write a proper No Post Day I end up writing a post. My question this time, for anyone willing to play along, isn’t so much a question as a request. What’s going on in the news where you are?

Basically what’s in the local, state, provincial, national or international news right now that you find concerning… or, if you can find it, what’s happening out there that’s making you happy?

...diagnosed with manic depression when I was nineteen, for the next 14-years I lived without treatment or a recovery plan. I've been homeless, one time I graduated college, I've won awards for reporting on Internet privacy issues, and a weekly humour column. In 2002 I finally hit bottom and found help. It's now 2022, and I have an 8-year old son, and a 12-year old son... I’m usually about six feet tall, and I'm pretty sure I screwed up my book deal. I mostly blog at saltedlithium.com....
View all posts by Gabriel... →
This entry was posted in crazy people with no pants, Health, Humor, Humour, No Post Day, Politics, Punk, YouTube, Zombies and tagged The Forgotten Rebels. Bookmark the permalink.