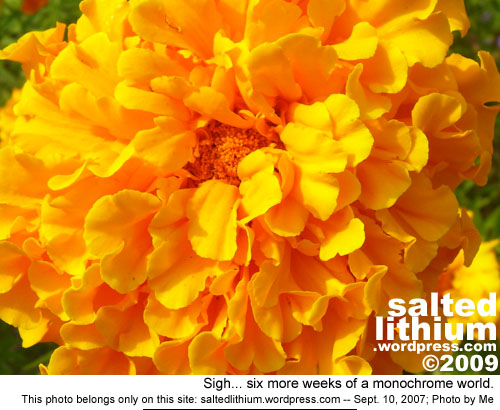 “As many as 1 out of every 20 children with measles gets pneumonia, and about 1 child in every 1,000 who get measles will develop encephalitis. (Which can lead to convulsions, and can leave the child deaf or mentally retarded.) Two out of every 1,000 children who get measles will die from it. Measles also can make a pregnant woman have a miscarriage…”
Mayo Foundation for Medical Education and Research

“Complications from mumps infection can include meningitis (inflammation of the brain and spinal cord), orchitis (swelling of the testicles), oophoritis (swelling of the ovaries), pancreatitits, or hearing loss. Infection in women in the first trimester of pregnancy can result in spontaneous abortion.”
Ontario Ministry of Health

“In 80% of cases where a pregnant woman has rubella in the first 5 months of pregnancy, the fetus will get rubella before it is born… the baby may be blind, deaf or have heart damage… 10% of babies born with rubella will die during the first 12 months of life. There is no treatment for rubella in babies.”
Canadian Paediatric Society

“Data released last February for England and Wales showed a rise in measles cases of more than 70 percent in 2008 from the previous year, mostly due to unvaccinated children.”
“Medical journal retracts autism paper 12 years on”, Reuters; Feb 2, 2010

Sometimes it can take decades for what people consider to be a truth to be exposed as an absurdity.

Unfortunately, during those years, the absurdity can be devastating to large groups of people, and even deadly.

In 1998 a research paper was published in the prestigious Lancet medical journal, written by a previously unknown American doctor while working at the Royal Free Hospital in Britain, as “an Honorary Consultant in Experimental Gastroenterology”.

Dr. Andrew Wakefield’s study suggested there was a causal connection between vaccinations for measles, mumps and rubella (MMR vaccines) to autism and bowel diseases in children. The conclusions of his study were based on a minuscule sample population of twelve children. The long term results of his study could be the deaths of hundreds of children.

When Wakefield’s study was published, it was considered so deeply flawed by the scientific community, Dr. Richard Horton, Lancet’s editor-in-chief, felt he had to defend his decision to publish it just days later.

Dr. Horton acknowledged it was “an inferior study” which he published because he hoped it would “generate debate on the autism/vaccine issue”, according to a recent new York Post column written by Dr. Elizabeth M. Whelan, president of the American Council on Science and Health. She went on to write “even when 10 of the original 13 authors withdrew their names from the article, Horton still refused to withdraw the study.”

“We wish to make it clear that in this paper no causal link was established between MMR vaccine and autism as the data were insufficient. However, the possibility of such a link was raised and consequent events have had major implications for public health. In view of this, we consider now is the appropriate time that we should together formally retract the study.”
— “Authors reject interpretation linking autism and MMR vaccine”, British Medical Journal; March 2004

In the intervening years since the study was published, Dr. Wakefield’s methodology has been almost totally discredited. Not only was his research partially funded by a lawyer who wanted to sue the MMR vaccine manufacturer, as well as file a patent for his own vaccine, Wakefield also performed research on his child test subjects which went contrary to medical ethics.

These included paying children at his sons birthday party $8 a piece for blood samples, using children of parents who were also involved in the lawsuit against the MMR vaccine manufacturer, Wakefield also subjected the children to unnecessary and “intrusive procedures such as lumbar puncture and colonoscopy’s”.

But twelve years is a long time, and absurdities rarely exist in a vacuum. More often than not the longer they go unchallenged, the more likely they’ll inspire conspiracy theories and campaigns to ban products which save lives.

And Wakefield’s absurd study had the stubborn backing of the editor-in-chief of possibly the most respected medical journal in print.

So, despite there being absolutely no other study even suggesting a link between the MMR vaccine and autism, it makes sense that desperate parents would put every iota of effort into making sure people understood there’s a simple fix, a way to ensure autism levels would drop significantly — stop kids from being vaccinated.

This is why Jenny McCarthy’s rise to super-advocate makes sense. After her child was diagnosed with autism in 2003, Jenny spent two years searching for answers and in 2005 came up with Wakefield. Then Jenny, a pop culture personality, took it upon herself to use her celebrity to bring Wakefield’s message to a new level.

Jenny was successful in getting Wakefield’s discredited message — vaccines cause autism, therefore vaccines bad — into the realm of Oprah and pop culture. In fact, we can actually measure her success by the increasing rates of death in the UK and America from measles, mumps and rubella.

And with more children walking around without vaccinations, the rates of the MMR diseases — which were almost entirely under control — started to spike. In 2008, for example, cases of measles in England and Wales rose more than “70 percent in 2008 from the previous year, mostly due to unvaccinated children.”

Measles cases more than doubled in America between 2007 and 2008, according to the Centers for Disease Control. According to UNICEF, “immunization can be credited with saving approximately 9 million lives a year worldwide. A further 16 million deaths a year could be prevented if effective vaccines were deployed against all potentially vaccine-preventable diseases.”

The anti-vaccination movement, of which Jenny is a spokesperson, has three core beliefs: 1. there is no causal connection between vaccines and the significant reductions of diseases such as mumps, measles, rubella and even polio and smallpox; 2. vaccines cause diseases such as MMR, and; 3. diseases such as autism can be cured through homoeopathic treatments.

It’s the third one that brings this back to Wakefield. According to ‘Generation Rescue’, an organization created to both promote autism awareness as well as promote Wakefield’s research, “[Wakefield’s] work documenting the bowel disease of children with autism and his exploration of novel ways to treat bowel disease has helped relieve the pain and suffering of thousands of children with autism.”

In the twelve years since his absurd study was published in Lancet, Wakefield has moved beyond vaccine’s as a cause of autism into researching gastrointestinal causes. Which, of course, would make homoeopathic treatments easier to sell.

It’s bizarre how closely this anti-vaccination movement is mimicking the anti-mental health movement — where mental health issues require no medications or psychiatrists, just a lot of yoga, meditation and some Suzanne Somers books.

There are people out there who are dangerous, almost psychotic, who hide behind whatever celebrity they can find to front for them. The people who believe and follow today’s unholy triumvirate of crazy, the Trinity of Anti-Science, of Tom Cruise, Suzanne Somers and Jenny McCarthy, would do well to read an article written by Amy Wallace, and published in Wired Magazine.

In fact, I think anyone with an interest in any mental health issues, including autism, should read the whole article. It’s called ‘An Epidemic of Fear: How Panicked Parents Skipping Shots Endangers Us All’.

“Before smallpox was eradicated with a vaccine, it killed an estimated 500 million people. And just 60 years ago, polio paralyzed 16,000 Americans every year, while rubella caused birth defects and mental retardation in as many as 20,000 newborns. Measles infected 4 million children, killing 3,000 annually, and a bacterium called Haemophilus influenzae type b caused Hib meningitis in more than 15,000 children, leaving many with permanent brain damage. Infant mortality and abbreviated life spans — now regarded as a third world problem — were a first world reality.

“Today, because the looming risk of childhood death is out of sight, it is also largely out of mind, leading a growing number of Americans to worry about what is in fact a much lesser risk: the ill effects of vaccines. If your newborn gets pertussis, for example, there is a 1 percent chance that the baby will die of pulmonary hypertension or other complications. The risk of dying from the pertussis vaccine, by contrast, is practically nonexistent — in fact, no study has linked DTaP (the three-in-one immunization that protects against diphtheria, tetanus, and pertussis) to death in children. Nobody in the pro-vaccine camp asserts that vaccines are risk-free, but the risks are minute in comparison to the alternative.

“The bottom line: Pseudo-science preys on well-intentioned people who, motivated by love for their kids, become vulnerable to one of the world’s oldest professions. Enter the snake-oil salesman.”

...diagnosed with manic depression in 1989, for the next 14-years I lived without treatment or a recovery plan. I've been homeless, one time I graduated college, I've won awards for reporting on Internet privacy issues, and a weekly humour column. In 2002 I finally hit bottom and found help. I have an 8-year old son, and a 4-year old son... I’m usually about six feet tall, and I'm pretty sure I screwed up my book deal. I mostly blog at saltedlithium.com....
View all posts by Gabriel... →
This entry was posted in Bipolar, Bipolar Disease, Bipolar Disorder, crazy people with no pants, Health, Living With Depression, Living With Manic Depression, Mental Health and tagged Vaccinations. Bookmark the permalink.