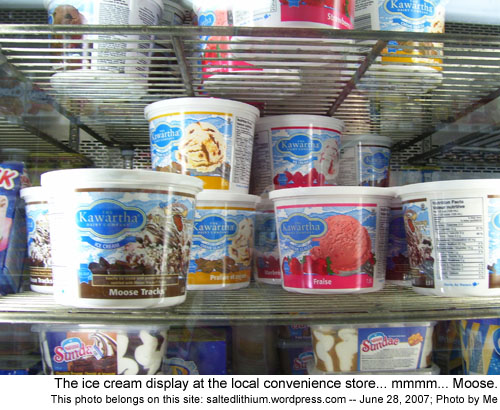 To predict the behaviour of ordinary people in advance, you only have to assume that they will always try to escape a disagreeable situation with the smallest possible expenditure of intelligence.
Friedrich Nietzsche (1844-1900), German Philosopher

UmBiPMaD: Unmedicated BiPolar Manic Depressive Stories
It’s an acronym I came up with in 1992, back when I didn’t understand bipolar and manic depression meant the same thing. I spent at least eighteen years of my life having a disease which was untreated so I’m going to start writing a little more about this period in my life. Some of these will be funny, some won’t.

The first time I met “Wild Bill” was when he woke me up to tell me our front porch was on fire. It wasn’t, yet, but would have been if he hadn’t discovered the smoke. I had been asleep in my room, which faced the street in front. My room, when Bill* woke me up by banging on my door, had been full of smoke. None of the three fire extinguishers on our floor worked, so we doused the smoke and embers using cups and pots. Someone had stuffed a lit cigarette into the rotting wood.

The next time I met Bill was when he knocked on my door and politely asked if I had any bug spray so he could “kill some flies”. When I said no he said my can of air freshener would do. For some reason that’s pretty much how William “Wild Bill” Fred Nietzsche — a 5’10”, 240lb, 50-year old, balding, heavily tattooed, ex-Nazi White Supremacist, former Hell’s Angel associate, solvent huffing, recovering alcoholic — and I became friends.

Most rooming houses, the ones I lived in anyway, operate somewhat like a prison. You never touch another guys stuff without permission and without understanding that with permission, eventually, you had to reciprocate. Then there’s cigarettes… it’s understood that if you “borrow” one, you pay it back ASAP. The most important thing about living in a rooming house is you do everything within your ability not to create resentment or envy in the other roomers. I’ve lived in some pretty “upscale” rooming houses as well and this also applies there. It’s just the repercussions that differ… I lived in one place where a Guy bashed a Dude three times in the head with a pot because Dude put a cigarette out in Guy’s beer and laughed about it. Dude took several stitches for that.

Bill had spent enough time Living that he knew the rules. So when he brought back the Glade, he brought me three Heavy Metal Magazines… because he had seen the stack of news magazines (plus a lot of Maxim’s) on my floor. So we started exchanging magazines. Living in a rooming house, in a lot of ways, is like constantly having people roaming around in your home. You go to take a shower, but Big Foot Gus is in there, and you know he’ll be another twenty minutes so there goes the idea of being on time to meet your girlfriend… and the phone is two blocks away. Or you go into the kitchen and No Neck Steve is in there with his mom and she’s crying but, fucking hell, you’re really hungry and you know you’ve got spaghetti in the cupboard and some sauce your girlfriend left… fucking Jesus fucking Steve and his mom again.

When Bill huffed (spray an aerosol product into a plastic bag, inhale the fumes, die an early brain death) his pupils would fix. He had a tiny b+w TV that he’d stare at for hours while doing endless reps with a 100lb dumbbell. His pain centre would get so fried that he could do it for as long as he was high, as a result his arms were as thick or thicker than my thighs. When he came back from the “high” he would grab his ten-speed and head out to the Ottawa River for a long swim. Now… I used to steal stuff. When I was a teenage Punk I walked into a camera store and walked out with three lenses for a friend of mine. Even ten years later, living on Spadina Street, I would be up writing at 4am when the paper delivery dudes did their rounds, so I would go down to the convenience store on the corner and grab a paper. Relatively small time stuff.

One night, about 3am, there was a tapping at my window. It was the police. A lot of police. When I opened the door they piled into the corridor… there were actual SWAT types mixed in with the Regular Cops. They start banging on doors until they found Bill and he’s yelling out “you’ve got no probable cause, there’s no probable cause”… he and his buddy Dave — an unmedicated schizophrenic recently released from the Ottawa General Hospital psych ward — had stolen six racks of bread out of the back of a delivery truck. Somehow Bill convinced the cops to leave empty handed. A couple of days later we went to the new Hintonburg Public Library and I helped Bill get his first library card… John D. MacDonald and Louis L’Amour were his favourites.

While we were gone Dave had killed and skinned Bill’s pet rabbit, nailed the skin to the wall and was trying to cook the carcass on a hot-plate in Bill’s room. Bill was teary for a week. The worst thing I’ve ever done to a neighbour in a rooming house was use two of his new high-end pots to cook beans and soup. While they were simmering I left with a friend for the evening. The worst part was I let someone else take the fall… New-Pot Dude was huge, and angry and I was about seventeen and I really had forgotten about the pots at first…

When I left Ottawa in 1998 Bill had finally gotten on disability and had moved into a nice apartment where he could raise goldfish. I came back to apartment-sit for my brother in 2001 and — completely by accident — found Bill selling his stuff out of a grocery cart so he could get to a treatment centre somewhere, which was a common bullshit story. I was broke but we hung out for a little while over Coke and chips. He was about half his former size… he had stopped huffing while he was in the hospital.

Anyway…. I never saw Bill after that — I do miss him occasionally, he had some fantastic adventure stories. They’ve almost finished cleaning up Hintonburg. No more hookers on the corner, no more people shooting up in the park, no more crack dealers next to the convenience store. I walked past the rooming house last fall, they’ve got some new windows, a new porch and a second storey deck, but it’s still a rooming house.

*I started thinking about Bill, for some reason, when I left a response on a totally different subject on Dead Robot‘s blog… weird.

...diagnosed with manic depression in 1989, for the next 14-years I lived without treatment or a recovery plan. I've been homeless, one time I graduated college, I've won awards for reporting on Internet privacy issues, and a weekly humour column. In 2002 I finally hit bottom and found help. I have an 8-year old son, and a 4-year old son... I’m usually about six feet tall, and I'm pretty sure I screwed up my book deal. I mostly blog at saltedlithium.com....
View all posts by Gabriel... →
This entry was posted in Bipolar, Canada, crazy people with no pants, Depression, Health, Living With Depression, Living With Manic Depression, Manic Depression, Ottawa, Poverty, Punk, UmBiPMaD Stories. Bookmark the permalink.