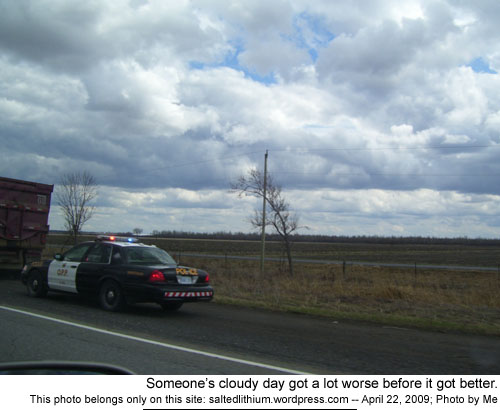 Once a week, when I was in grade twelve, I was in charge of the music in the cafeteria during lunch. I’d play whatever I could find in my little collection of tapes: Chris de Burgh, The Cure, Anti Pasti, Charged GBH, Deep Purple, Iron Maiden, Led Zeppelin, Sons Of Freedom, Judas Priest… and George Thorogood.

One night I was in my room making a mix-tape by the light of my flashlight and with the volume turned down so I wouldn’t disturb my brother or mother, when a lyric from Thorogood’s “Who Do You Love” popped out at me…

Something I do regularly is rewrite lyrics in my head, and in the moment I heard George yelling his line I rewrote it twice…

I like George’s version better, but since that night the number 222 has had this weird numerological meaning for me. For more than 22 years, thanks to my two rewrites, whenever I saw the number — the time, a license plate, the cost of a slice of pizza and a pop — I’d think about suicide.

Not whether or not I was going to do it in that moment, at least not all the time, but mostly just the concept. Sometimes I’ll go weeks without thinking about the number, then see it six times in one day and get a little freaked out…

Now when I see it — three times yesterday — I mostly just roll my eyes. But I’ll still occasionally think about suicide… about the influence those thoughts and feelings have had on my life. But mostly I’ll just say “oh, fuck off.” and keep walking.

But I do still notice the number, and I still assign a meaning to it… it’s weird how things like that will follow us around, how little connections get made and can’t be unmade.

So on this No Post Day these are my questions for anyone willing to play along… and remember, Jesus, Barack Obama and your inner child will hate you if you don’t answer.

Name two songs you would’ve played in your high school cafeteria if you were in charge of the DJ booth… bonus points if you leave a YouTube link.

Is there anything out there which reminds you you’re supposed to be thinking about suicide? (or, you know, other stuff than you had been thinking of.)

...diagnosed with manic depression in 1989, for the next 14-years I lived without treatment or a recovery plan. I've been homeless, one time I graduated college, I've won awards for reporting on Internet privacy issues, and a weekly humour column. In 2002 I finally hit bottom and found help. I have an 8-year old son, and a 4-year old son... I’m usually about six feet tall, and I'm pretty sure I screwed up my book deal. I mostly blog at saltedlithium.com....
View all posts by Gabriel... →
This entry was posted in Bipolar, Bipolar Disease, Bipolar Disorder, crazy people with no pants, Health, Living With Depression, Living With Manic Depression, Manic Depression, No Post Day, Punk, YouTube. Bookmark the permalink.