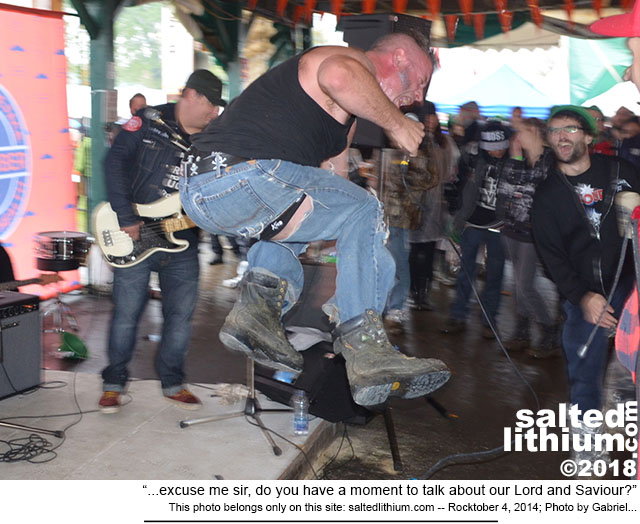 This issue: fMRI study into understanding why depression meds don’t work for everyone; new texting support for suicidal teens in Canada; Normal Person problems vs. the Mentally Ill; soldier-suicides recognized by Canadian government as equal to deployment deaths; 15-year old Autistic artist selling works for thousands of dollars; childhood spanking leads to aggressive children with higher risks of mental illnesses, and; oh no, another ‘anti-vaccine’ doctor is facing discipline.

“It’s no secret that depression meds don’t always work, and a recent study by scientists in Japan gives us a new framework for understanding why.
Depression – aka major depressive disorder (MDD) – affects an estimated 300 million people across the globe, but despite the enormous scale of the disease, there’s still a huge amount we don’t know about what causes it.
In terms of treatment, one of the most glaring issues is that the most common form of antidepressants – selective serotonin reuptake inhibitors (SSRIs) – are ineffective for an estimated 30 percent of patients.
Now, new [fMRI] research could get us closer to understanding why this is, in addition to helping us diagnose and treat the condition with greater accuracy.
…Customarily, depression is diagnosed by clinical assessment carried out by medical practitioners, but because this isn’t exactly a perfect science, in recent years researchers have increasingly sought to find potential biomarkers for depression.
One of the ways of doing this is by studying brain activity, monitoring functional magnetic resonance imaging (fMRI) signals.“
‘Scientists Just Identified 3 Distinct Types of Depression, And 1 Appears to Be Drug-Resistant’ — Science alert.

“A “normal person” problem might be something like: I’m having a hard time figuring out this math homework. A person with something like depression might feel more like: omg, I’m never going to figure out this math homework. I’m such a loser. I can’t do anything right. My brain doesn’t even work. I can’t get out of bed. I might as well just kill myself. I know I’m worthless. People say that my friends and family would be upset if I killed myself, but I know that they’d be better off with me dead. I’m just taking up space and resources on the planet. I don’t deserve to live.“
‘What is a “normal person” problem compared to some one with a mental illness? — Kristin Bell

“A non-verbal teenager with autism is finding a new voice through his striking artwork, which is already being sold for thousands of dollars at a Toronto gallery.
Niam Jain began painting three years ago. Since then, the 15-year-old has become an emerging artist in the fields of gestural abstract art and abstract expressionism.”
‘Teen with autism displays artwork in solo exhibit at Toronto gallery’ — CTV News

“[Canada’s] Silver Cross Mother this year will, for the first time, be a parent whose child died by suicide that was ruled connected to military service.
Anita Cenerini was chosen by the Royal Canadian Legion to fill the year-long national role, which dates back to 1936. Her son Thomas Welch was a 22-year-old private with the 3rd Battalion of the Royal Canadian Regiment in Petawawa, Ont., when he ended his life on May 8, 2004, only months after coming home from his Afghanistan tour.”
‘No longer forgotten: Silver Cross Mother recognizes death by suicide for first time’ — The Globe & Mail.

“Canadian youth can now access mental health support through a free bilingual texting service being rolled out across the country by Kids Help Phone.
The charitable organization is introducing the 24/7 texting support option through a service partnership with U.S. based helpline Crisis Text Line.
A pilot project begun in February in some provinces logged more than 13,000 texting conversations between young people seeking help and trained volunteer crisis responders.
The pilot study showed that the most common issues affecting young people were anxiety, relationships and feelings of isolation. Twenty-four per cent of texters reached out because of suicidal thoughts.
The confidential service is accessible by texting TALK to 686868 for an English-speaking crisis responder and TEXTO to 686868 to reach a French-speaking counsellor on any text/SMS- enabled cellphone.”
‘Mental health support by text launches for kids across Canada’ — CBC News.

“When people are going through struggles with their mental health, they often times find it hard to reach out for help.
There are dozens of mental health disorders that millions of people suffer with, yet, there is still a stigma in society towards mental health disorders are “serious,” or “dangerous.” Many people feel they cannot seek outside help when they’re having thoughts about self-harm because they’re embarrassed or ashamed. But, the more we talk about mental health as a real, true issue in society–and, the more we respect and listen to those who suffer–the more we can help them in the long run.”
‘Woman Shares Painful Last Texts She Got From A Friend Moments Before He Took His Own Life’ — Percolately.

“Health authorities in California have more power to insist that a dog is vaccinated against rabies than to ensure that a child enrolled in school is vaccinated against measles.
That’s just one of the frustrations faced by health officials in the first year after California did away with “personal belief exemptions” that allowed parents to send their kids to school unvaccinated, according to a study published Monday in the journal Pediatrics.”
‘Here’s what happened after California got rid of personal belief exemptions for childhood vaccines’ — LA Times Science.

“People who believe the myths spread by anti-vaccine campaigners “are absolutely wrong”, England’s top doctor has said.
Prof Dame Sally Davies said the MMR vaccine was safe and had been given to millions of children worldwide but uptake was currently “not good enough”.
In England, 87% of children receive two doses but the target is 95%.
The chief medical officer urged parents to get their children vaccinated and ignore “social media fake news”.”
‘Don’t be taken in by anti-vaccine myths on social media’ — BBC News.

“[Being disciplined by the Medical Board of California] couldn’t have happened to a nicer guy than Dr. Robert Sears, better known as Dr. Bob Sears, the antivaccine pediatrician who first made a name for himself with his book recommending an evidence-free “alternative” vaccination schedule.
…it is important to note at this point that, during the run-up to and after the passage of SB 277, the California law that eliminated non-medical exemptions to school vaccine mandates, Sears led the way in monetizing strategies for antivaccine parents to avoid the mandates. Indeed, a reader showed me evidence that Dr. Bob was selling letters in support of nonmedical exemptions online without ever actually having seen the patient.”
‘Antivaccine pediatrician Dr. Bob Sears finally faces discipline from the Medical Board of California’ — Respectful Insolence.

“The American Academy of Pediatrics released new guidelines today regarding their advice against spanking, going further than they have before to discourage parents from spanking their children. The AAP said that spanking children as a form of discipline makes children more aggressive and raises the risk of mental health issues.”
‘Physicians warn: Spanking makes kids more aggressive & raises risk of mental health issues’ — A Science Enthusiast.

...diagnosed with manic depression in 1989, for the next 14-years I lived without treatment or a recovery plan. I've been homeless, one time I graduated college, I've won awards for reporting on Internet privacy issues, and a weekly humour column. In 2002 I finally hit bottom and found help. I have an 8-year old son, and a 4-year old son... I’m usually about six feet tall, and I'm pretty sure I screwed up my book deal. I mostly blog at saltedlithium.com....
View all posts by Gabriel... →
This entry was posted in Autism, Bipolar, Clinical Depression, crazy people with no pants, Depression, fMRI, Health, Mental Health, Mental Health News, Suicide, Vaccines and tagged Vaccinations. Bookmark the permalink.