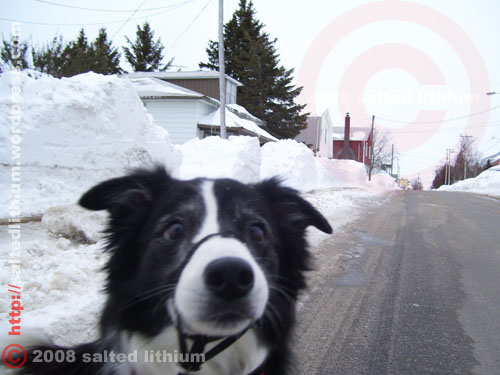 “I’ve lived in extreme poverty for most of my life. In the Collective I grew up in poverty was a virtue, sacrifice proved loyalty. Most of the members worked out in the community, but the paycheques went into the projects run by the Collective. Everyone received a weekly allowance based on need, not want or desire. To each according to need, from each according to ability and all that…”
From the first part of Living Off The Avails Of Others

This is the second in what will probably be a 2350 part series on what is without a doubt the one subject most likely to cause me to consider suicide as an option. This is about clinical depressions. Superficially it’s about money… and my total lack of it. But it’s really about a whole lot more… it’s about my relationship with my mother, her parents, my father and his parents. It’s about the help I’ve been offered in my Recovery and in my Life by each of them, how little there has actually been offered and the guilt I feel surrounding the whole freaking mess.

After the divorce my younger brother and I used to receive postcards occasionally from my father’s parents. My grandmother was one of the founders of the L’Arche Project in Canada and would travel around the world bringing her Ministry to the Third World. Or something… there’s only so much room on a postcard.

I only remember a couple of them, but I know I was really happy to get them. If not a little confused as to who exactly these ‘jetsetting’ people were… we left my father when I was nine and for the last few years we lived with him we had no contact with his parents as they were class traitors. Or something.

I remember holding one of the postcards, it was from South East Asia… Thailand I think. I was fifteen and mom was fed up with explaining who they were and where they were and she finally broke down and said “if they really cared they’d spend less money on travelling and more money on your clothes”. If I searched really hard I think I could find one of the postcards, but that was the year I pretty much purged myself of Things from Before.

There wasn’t much to purge. My father never paid a cent in child support. Other than the postcards and the occasional Christmas present from my paternal grandparents there was never any support, financial or emotional, from any member of his family. A lot of that was Collective Politics… petty in-fighting bullshit aimed at punishing Everyone associated with my father.

But most of it was just pure laziness.

After mom escaped the Collective she sat down with her father and told him as much about the eight years that she could. After she was done my grandfather asked mom two things… did she want my father’s legs broken and would she like to come home, and go back to school.

She turned him down on both offers. My grandmother had abused my mom right out of their home and into the arms of my father who then abused her for another eight years. This left her, my brother and myself living in one of the most economically depressed regions in Canada… and her working, for the next eight years, in jobs never paying her more than $10,000 per year.

I could never overstate the size of my mother’s intellect or talent. She had a book of poetry published at eighteen, helped start Ontario’s first home for abused women before she was twenty… But the experiences, what she went though inside the Collective, left her broken for a lot of years. She did what she could, when she could do it… she kept us fed and clothed with very little help from her parents.

In hindsight I can say she made her life unnecessarily hard. But I was only there as a witness, barely even a participant.

People make decisions then, twenty years latter when they’re explaining to their children the reason they’re eating burnt toast is there’s no more money for bread, they remember those decisions… for a moment. But then, to keep moving forward, they push those memories aside and tell themselves they were forced into this situation. Events were out of their control. It’s easier that way. Sometimes it’s the only way to survive.

My mother has gone beyond forgetting and into invention. This is not something I can… blame her for. When she tells people I was a good student in high school, it’s an invention, a fantasy but one which might have come true if she had been able to make the decisions necessary to make it true. If she had left the Collective earlier, if she had negotiated with her own father, if the courts had the power to force my father to pay child support… if all of those things then, yes, I probably would have gotten better than a final grade of 32% in grade eleven History.

What Really Is and What Might Have Been can get confusing and sometimes people have to live in the later to get past the former. The problem my mother had with her own Recovery was I kept calling her asking for $20… and there’s no quicker way to snap back into What Really Is than a midnight phone call from your son asking for $20 or maybe, you know, $40 for some food.

After a few of those calls someone might get a little resentful for being pulled back into a life they had only been out of for a decade. But how about once or twice a month over five or six years? By the time I left home for good in 1989 my mother was finally in a situation where she could look after herself. She was physically and mentally healthy, she was engaged to a wonderful man, she was in College where she maintained a perfect GPA for three years.

She had spent eleven years recovering from the insanity that was my father and now she was Better.

And just at that moment there was me… a full-blown unmedicated manic depressive, borderline homeless son, and for the next five or six years I was calling once or twice a month at midnight asking for money. The thing is… I was calling at midnight, calling because there was no food left and not when there was still a few cans still in the cupboard, calling out of desperation and full of guilt and shame because I had been told for so long how broke we all were.

None of my mother’s past was a secret to me… at least not how damaging it had been. Each time I called home I knew what it was doing to her. Most of the time she’d tell me to meet her at the College in Ottawa and we’d have lunch and she’d slip me a $20 and tell me she couldn’t do this for much longer. But when she was frustrated with my calling and with my inability to budget the $120 after rent I was receiving from welfare she wouldn’t hold back. She would make it very clear I was burdening her with my shit.

…and my mother was in post-Recovery when I needed her to support mine and to talk about money meant talking about Sources and Sources led to the decisions she made thirty and twenty years ago… and that was a path out of What Should Have Been.

…and once we were into What Is, that meant my mother having to think about What Was. About the abuse she had taken, that had been put on her. And that meant her breaking down and crying and hanging up, or leaving the room and not being able to look at me or talk to me for days.

And more than a few times that left me staring at a phone receiver wondering how the fuck I was supposed to eat that week. 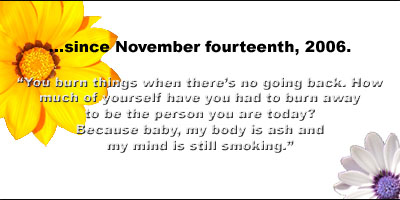 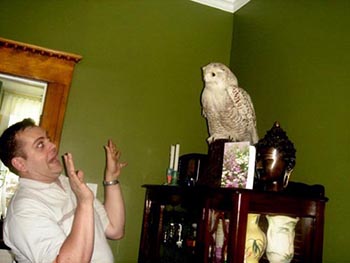 ...diagnosed with manic depression in 1989, for the next 14-years I lived without treatment or a recovery plan. I've been homeless, one time I graduated college, I've won awards for reporting on Internet privacy issues, and a weekly humour column. In 2002 I finally hit bottom and found help. I have an 8-year old son, and a 4-year old son... I’m usually about six feet tall, and I'm pretty sure I screwed up my book deal. I mostly blog at saltedlithium.com....
View all posts by Gabriel... →
This entry was posted in Bipolar, Bipolar Disorder, Clinical Depression, crazy people with no pants, Depression, Health, Intervention, Lithium, Living Off The Avails, Living With Depression, Living With Manic Depression, Manic Depression, Poverty, Punk, Salted Truths. Bookmark the permalink.