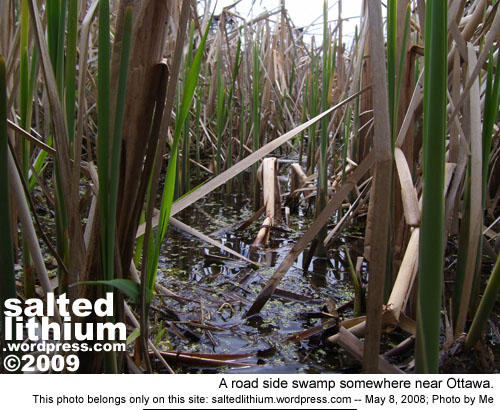 This upcoming Saturday evening my parents are, for the first time ever, coming over for dinner. My step-father and my mother have never set foot in any of my apartments before, despite that I’m not nervous (yet) but I am wondering why offering an invitation hadn’t occurred to me sooner.

Most of my apartments have been rooming houses with neighbours made up mostly of alcoholics, burn-outs or simply crazed lunatics so I understand completely. And it’s not like I’ve been overly receptive to her visits in the past. When I first moved into this apartment I was still deep into post traumatic stress and just angry all the time, so when she showed up one night with her dog I stood in the doorway and… well, I was non-communicative and looming.

Actually there was one time my parents were in one of my apartments… three years ago I invited them over to my last place so I could tell them my girlfriend had just miscarried. It was also the first time they found out she had been pregnant.

This is actually something I’ve felt a lot of resentment over. My parents have never had a problem visiting with my younger brother in any of his apartments. When our step-father would show up to give Younger Brother a ride someplace he wouldn’t wait in the car, he’d come right into the apartment and maybe have a pop. Meanwhile I’d have to take two buses and wait in a shopping mall for an hour until our step-father showed up for our meeting.

I’ve never really been a pleasant person to be around. I understand this. I almost never smile. I hardly speak. I get frustrated… and I am not good at small talk. My Younger Brother is outgoing, he laughs and smiles, he’s funny and great with the banter.

When they walk into his apartment for a tea and some biscuits they know there will be positive answers to “how are you” and “what’s work like” because he’ll have actually done something… whereas my answers range from “my sleeping pattern blah blah…” to “you just don’t understand, will you please just read a fucking book”.

Plus his sink is never filled with dirty dishes and I don’t think he has ever lived with cockroaches. And this is the first time I’ve lived on my own and owned a couch and dishes…

There are all kinds of reasons I can find for them having never been over for a meal, a coffee or a chat. Which is what makes the resentment I felt over the years seem more than a little misguided and maybe petty.

I’m not sure if the insult coming from mom staying in the car while I loaded up the truck was greater than the insult I was giving to myself for living in conditions where my mother felt it necessary to avoid visiting. But I didn’t have the capacity at the time to understand her perspective so I assigned both insults to her.

Which was why when she showed up at the door to this apartment about a year ago I blocked her from walking in and stayed pissed off at her for hours after she left.

Recovery doesn’t just mean taking pills and getting treatment and trying to figure out what behaviours are yours and which have been caused by the disease. Recovery is also trying to break the patterns of behaviours you’ve picked up because the disease made it impossible to reason through situations.

I’ve been angry with my mother and step-father for years over the differences in how they treated my brother and myself, and I’ve been resentful of my brother for his ability to create an atmosphere where our parents feel comfortable.

But it wasn’t their fault my parents didn’t feel comfortable visiting their eldest son in his 10×14 rooming house apartment… and it shouldn’t be a problem that my brother can hide his dirty dishes and empty take-out boxes under his blankets before our parents get to his apartment.

Left untreated I was incapable of changing my situation, so the anger and resentment were aimed at the people who made me feel angry and resentful towards myself.

So… I’m cooking some chicken breasts, I’ll probably just use a light flour batter mix. I’m also picking up a non-creamy potato salad and a cold dish made up of mushrooms, peppers, onion and other things in a vinaigrette sauce. I’m not sure what vegetable yet… probably steamed broccoli. I don’t drink alcohol but I’ll try to pick up the latest offering from our (award winning) local brewery… I haven’t had it yet, but it’s supposed to be as dark as Guinness but with a light, spicy flavour and it comes in a really cool ceramic bottle.

They’re bringing desert. Now I just have to set up a dinner music play list and wash the dishes and the floors and the bathroom, and dust the shelves and hide all the crap on my desk, and vacuum… and make sure my neighbour takes a night off from smoking pot.

...diagnosed with manic depression in 1989, for the next 14-years I lived without treatment or a recovery plan. I've been homeless, one time I graduated college, I've won awards for reporting on Internet privacy issues, and a weekly humour column. In 2002 I finally hit bottom and found help. I have an 8-year old son, and a 4-year old son... I’m usually about six feet tall, and I'm pretty sure I screwed up my book deal. I mostly blog at saltedlithium.com....
View all posts by Gabriel... →
This entry was posted in Bipolar, Bipolar Disease, Bipolar Disorder, Clinical Depression, crazy people with no pants, Health, Living With Depression, Living With Manic Depression, Manic Depression, Mental Health, Poverty, Pregnancy. Bookmark the permalink.