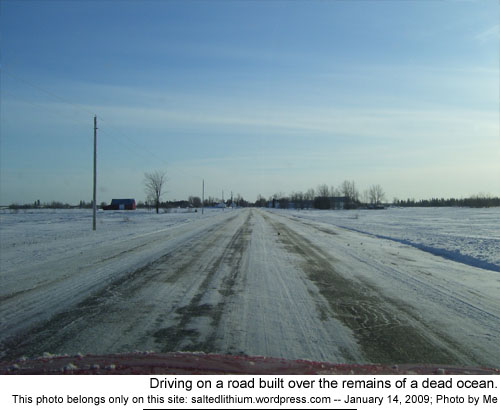 This selection for “Old Post Day” was about the role suicide fantasies play in our lives.

I wrote it back in 2006, about a week after starting Salted. I was towards the end of a major depression which had brought on a three month bout of suicidal thoughts and fantasies.

Because I was almost two years into my treatment and recovery I don’t believe, in hindsight, I was as at-risk for an actual attempt as I would have been even a few months previous. But it was close nonetheless.

In writing this piece I was trying to show myself, and anyone else, how dangerous it had been for me to allow the suicide fantasies to continue. Nobody else, I wrote, dreams about suicide over and over again except people who are truly sick.

This becomes pretty obvious when we try to explain to people how often we fantasize about killing ourselves, and how detailed those fantasies can become… down to who stands where, what they say and the colour of the coffin.

I Went Looking For Tall Bridges
Where There Were No Rivers
November 22, 2006

Just before my collapse back in 2003 I was having ten separate suicide fantasy’s before breakfast. Everyday. It generally got worse from there. There is nothing you can do to prevent the fantasy’s from coming, they are a part of the disease and you know this because no one you know has them.

For everyone else suicide is something to move away from, it’s their ultimate bottom end when absolutely everything has fallen apart, it’s a consideration and then a warning…. And no one who has fallen this far, who believes they’ve collapsed as low as they can plummet, wants to hear that it’s still a thousand steps straight down before finding the door that leads to the hole where your bottom can be found.

Suicide fantasies are … the most recurring aspect of our disease….

You can’t talk them away, even with a Doctor, even with your family, even with your boyfriend, even with your sister, and you can’t avoid them with alcohol or drugs. People can live with Manic Depression the same way people can live with cancer, but without treatment you’re living at the whim of a tumour and it doesn’t really know you — you know, the inner softer you — so what the fuck does it care? Medication is the only way to prevent the delusion of people understanding, through your death, the pain you feel. The medications are the only way to stop yourself from taking the knife and running it across your wrists.

A long time ago, towards the end of one of my suicide fantasies, I had the following thought: “…you can die tonight, doesn’t mean you’ll smile tomorrow.” Sometimes… a lot of the times we fantasize about killing ourselves it’s the reactions we assign to our family which become really important.

I think basically I was telling myself it wouldn’t bring me any relief if I were to make an attempt based on the reactions I hoped people would have at the funeral.

And the title “I Went Looking For Tall Bridges Where There Were No Rivers” comes from an incident about five or six years ago when I was trying to figure out how I was going to kill myself by jumping from a bridge while living in a place where there were no bridges, only highway overpasses… which is something I learned that night.

...diagnosed with manic depression in 1989, for the next 14-years I lived without treatment or a recovery plan. I've been homeless, one time I graduated college, I've won awards for reporting on Internet privacy issues, and a weekly humour column. In 2002 I finally hit bottom and found help. I have an 8-year old son, and a 4-year old son... I’m usually about six feet tall, and I'm pretty sure I screwed up my book deal. I mostly blog at saltedlithium.com....
View all posts by Gabriel... →
This entry was posted in Bipolar, Bipolar Disease, Bipolar Disorder, Classic, Clinical Depression, crazy people with no pants, Health, Living With Manic Depression, Manic Depression, Old Post Day. Bookmark the permalink.