My Last Father’s Day As A Spectator 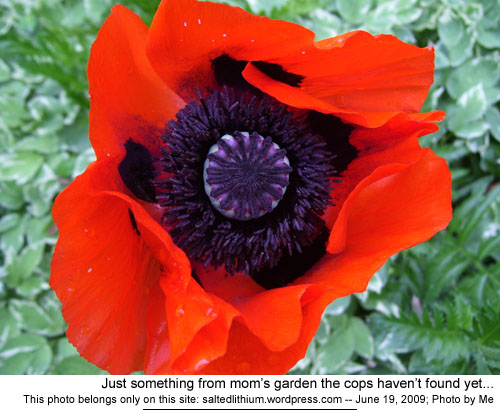 Well, this Father’s Day is about something else.

Early Sunday afternoon, probably on the deck at my parents home, I’ll be telling my extended family about my girlfriend’s pregnancy. I hate talking about myself in front of people. Especially when I know there’ll be a whole lot of judging going on. But it has to be done, and doing it on this day makes sense.

So what I’m going to do is stand up, ask for everyone’s attention, and I’m going to say “Today is my last Father’s Day as a spectator. I’m very proud to say [my girlfriend] and I are having a baby.” Maybe some other stuff as well, but I figure that’ll be as much as I can remember.

Then I sit back and plan how I’ll respond on Father’s Day in eighteen years when my incredibly successful daughter hands me the keys to my new Ducati 1098 R Bayliss LE Superbike, and says “Happy Father’s Day… dad.”

...diagnosed with manic depression in 1989, for the next 14-years I lived without treatment or a recovery plan. I've been homeless, one time I graduated college, I've won awards for reporting on Internet privacy issues, and a weekly humour column. In 2002 I finally hit bottom and found help. I have an 8-year old son, and a 4-year old son... I’m usually about six feet tall, and I'm pretty sure I screwed up my book deal. I mostly blog at saltedlithium.com....
View all posts by Gabriel... →
This entry was posted in Bipolar, Bipolar Disease, Bipolar Disorder, crazy people with no pants, Health, Living With Depression, Living With Manic Depression, Manic Depression, Pregnancy. Bookmark the permalink.

8 Responses to My Last Father’s Day As A Spectator