Three Things Have Been Bothering Me For A While Now 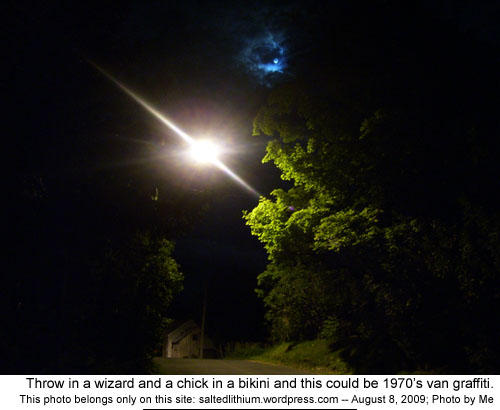 Three things of varying consequence have been bothering me for some time now. The first one is the most recent. I’ve had a mild head cold for a few days now. I’m pretty sure it’s a lead up for a flu. So that’s going to suck.

The second thing goes back to this past April when I had unprotected sex with my girlfriend, which resulted in her becoming pregnant. Which was a dumb thing to do, but whatever, we both agreed at the time it was okay and now my DNA gets to see the future. So that’s cool.

Except… when we were in the hospital having tests done, because my girlfriend is considered a “high risk” pregnancy, the nurses kept asking her questions. Three or four nurses over four hours asked basically the same questions. But one of them, the last one, asked my girlfriend if she were on The Pill.

And my girlfriend answered “no, not since November”. So that’s been bugging me a little bit.

And, lastly, my toilet won’t stop running. It’s just a slight trickle, but it’s annoying because I don’t like wasting water. So I think I’m going to have to replace the plunger, plug and seals.

So, of the three, one isn’t such a huge deal I guess. I’ll have to shell out money for Tylenol and flu remedies at a time when I don’t have a lot of (or any) cash laying around. If it’s a regular flu I’ll be uncomfortable for a week, if it’s swine related I get a cool story to tell.

The toilet is a little more serious. It has been messed up for a few months now… I had someone stay with me for a week last fall and he broke the trigger-handle thing.

The real problem is I share a pipe with at least two other apartments, so when one of them blocks it up mine gets blocked up, and if someone in my apartment flushes without hanging around to make sure the waters not running, the toilet overflows and things get nasty in my bathroom.

It has happened twice, I don’t want it to ever happen again.

So that sucks. But it’s fixable.

Nope, didn’t know about that at all.

I do know the risk of pretty much everything goes up when a condom is not worn during intercourse. But I also remember someone telling me at some point in my early adulthood that, when the parties involved are not using Any protection Whatsoever, the risks of at least one specific outcome become pretty much guaranteed.

So I feel I can say with near absolute certainty, knowing she wasn’t on The Pill would have changed the outcome of the evening.

And there’s the mindfuck, because the kid is in the picture. And I want the kid. But I feel like some of the decision as to when, and with whom, was taken away.

And that’s been bugging me.

The thing about number two is… as much as I do care about my girlfriend, in the beginning this wasn’t meant to be a longterm relationship. We dated for a few weeks, saw a few movies, talked for a little while, we had sex a few times, and bang there’s a pregnant woman in my life and — in one form or another — I’m spending the rest of my life with her.

Anyway. I also have a stress-blemish under my right eye that won’t go away, my beard is the fullest it has been in a year, and I haven’t combed my hair in months. So I guess I’ve got few things bugging me.

Which isn’t that many.

...diagnosed with manic depression in 1989, for the next 14-years I lived without treatment or a recovery plan. I've been homeless, one time I graduated college, I've won awards for reporting on Internet privacy issues, and a weekly humour column. In 2002 I finally hit bottom and found help. I have an 8-year old son, and a 4-year old son... I’m usually about six feet tall, and I'm pretty sure I screwed up my book deal. I mostly blog at saltedlithium.com....
View all posts by Gabriel... →
This entry was posted in Bipolar, Bipolar Disease, Bipolar Disorder, Clinical Depression, crazy people with no pants, CSG, Health, Living With Depression, Living With Manic Depression, Manic Depression, Mental Health, Pregnancy. Bookmark the permalink.