Friday Conversations With My Psychiatrist | December 19, 2008 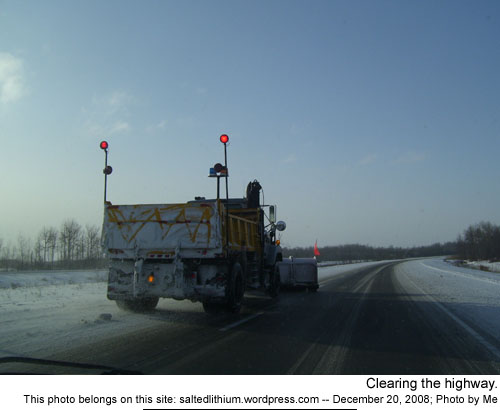 Friday was the day I told my mother all the good news about my recovery from the various diseases and conditions I’ve been living with for the past two decades.

I started telling her about the incredible decrease into normality of my blood sugar levels, and how the dentist said the damage from the periodontitis was slowing, but the more I talked the angrier I was getting.

When I finished telling her about all the good news, about how my life was getting better, I was staring out the window of the Subway we were sitting in and spitting the words out. When I was done she was smiling and said everything sounded so great, so why, she asked, was I angry?

I couldn’t even look at her. I just stared out the window, then down at my sandwich, and said “I’m not angry, I just don’t like talking about this kind of stuff.”

But I was angry, and angry at her. And an hour later I actually admitted it out loud in my doctor’s office. I’ve been dealing with the periodontitis for almost a year now. I’ve lost two teeth because of it, and almost lost a third last week.

But every time I’ve tried to explain to her what’s going on, she starts talking about second opinions and other dentists, as though there’s a really good chance the ones who treat me bought their degrees off a hooker they found on Craig’s List. But that’s as far as it ever goes.

The night after I decided to keep the tooth, I walked over to her place to tell her and my step-father what was going on. As I was talking to him, she came home with a huge bag of oral hygiene products. There must have been $50-60 worth of gels and pastes and fluids in the bag. She hands me everything and, before I can react, she’s handing me a paper from her own dentist.

Based on how she described my symptoms to her dentist they’ve diagnosed me in absentia as having “xerostomia”, which is a condition in which the mouth cannot generate saliva. This can lead to an increase in cavities and halitosis.

Even if I had xerostomia, which I don’t, I’d still be pissed off. It took her a year, and nearly three of my teeth, to get involved in what’s happening.

And when she did get involved she blew $50 on crap I don’t freaking need, just days after I told her the landlord had gifted me with $320 in hydro and gas bills.

My mother and I have a very unique relationship. When I was a year old she gave birth to my little brother. It almost killed her, and the doctors said another pregnancy would almost certainly kill her, so she was in the hospital for a very long time afterwards. Roughly six or seven months after she got out of the hospital my mother was right back in over complications from a third pregnancy.

This time the doctor told her the only way for her to live would be to have an abortion. Which she did. Complications from the procedure, and from the pregnancy, kept her in the hospital for six months. Then, when she got out, she was bedridden for another few months.

During all of her time in the hospital I was allowed to see her twice. While she was in the hospital a young couple in the political collective in which we all lived in pretty much adopted my brother. They fed him, slept with him, and were his surrogate parents.

When my mother was finally well enough to get back to her life, and this is according to several people I’ve interviewed who were there, we were no longer allowed to refer to her as “mom” or “mother”. It’s a Maoist thing.

The first time I really identified her as being “my mother” was after we had escaped from the collective and she was the only adult in the room. I was 8.5 years old. I wouldn’t call her “mother” regularly for another twenty years.

…just to clarify, my mother did her very best to provide for my brother and myself, both during our time in the collective, and afterwards.

While she was recovering from the years of abuse she suffered in the collective, and from her own mother, she was also raising two young children. She never hit us, she always fought for us, and she always made sure we had a birthday party, a clean place to live and a pet.

And the lack of comfort leads to an inability to communicate, which means she waits and waits, and then it’s an explosion of action. And some of why she doesn’t know where I am in my recovery, or even in my life, is because I just haven’t told her… because I don’t have the energy to tell her.

So after spending a year losing teeth, she finally calls her own dentist and spends $50 on hygiene products the day I was supposed to lose the third one.

Or how she would never get involved with my schoolwork in high school, but she’d flip out at my piss-poor report card and the ensuing argument would end with her threatening to send me into foster care. Or me threatening to punch her.

My psychiatrist pointed out something interesting about the report card thing…

People normally belittle you in an argument… not necessarily call you an idiot, but they make sure you know they think their position is the sane one. But she would make me feel like an idiot by telling me how smart she thought I was. There was no chance for rebuttal. There was no opportunity for me to feel anger towards anyone except myself.

And then I was left on my own until the next report card.

When I was a young teen I was someone she watched the news with, someone who could hear her frustrations with whatever was happening in the world, someone to listen to her observations. But she’d get frustrated at mine, dismiss them and tell me to be quiet. She would ask me to read her columns before they were published, but dismiss my own poetry and short stories.

When her fiancé died back in 1987, and her friend came over to console her, I put my arm around my mother’s shoulders only to have her immediately shrug it off. Her fiancé had been my father figure for at least a year. He was the first man to really take an interest in teaching me stuff about engines. He was the person who taught me how to work until a job was done properly.

That night she left to be with his family and left my brother and I alone. My brother took off to be with his friends and I stole her car, drove to a friends place, had some drinks, drove home and watched a movie.

In my head that evening basically works as a metaphor for our relationship.

Before my appointment I was in the video store and found se7en and Pitch Black for sale in the two for $20 bin. Despite having $40 in my pocket, and really wanting to own both of them, I didn’t buy them. I’ve been desperately broke all month, and the $40 was two weeks worth of food. Turns out… I should have bought them. I forgot Disability sends the cheques before Christmas.

As I was walking to my appointment I ran into the cute girl who works at the convenience store. She also believes “Die Hard” is the best Christmas movie ever made. She also likes Garfield’s Christmas Special, so I told her about Garfield Minus Garfield… I think she’s the only non-family member I’m having conversations with at the moment.

Mom and I actually had a nice conversation, as we generally do, on the way home. We ended up at the grocery store where she bought me $40 worth of food, and I took a candid photo of a woman in blue jeans.

...diagnosed with manic depression in 1989, for the next 14-years I lived without treatment or a recovery plan. I've been homeless, one time I graduated college, I've won awards for reporting on Internet privacy issues, and a weekly humour column. In 2002 I finally hit bottom and found help. I have an 8-year old son, and a 4-year old son... I’m usually about six feet tall, and I'm pretty sure I screwed up my book deal. I mostly blog at saltedlithium.com....
View all posts by Gabriel... →
This entry was posted in Appointment Day, Bipolar, Bipolar Disease, Bipolar Disorder, Clinical Depression, crazy people with no pants, Health, Living With Depression, Living With Manic Depression, Manic Depression, Psychiatry. Bookmark the permalink.

6 Responses to Friday Conversations With My Psychiatrist | December 19, 2008