My search to find the capital F in father 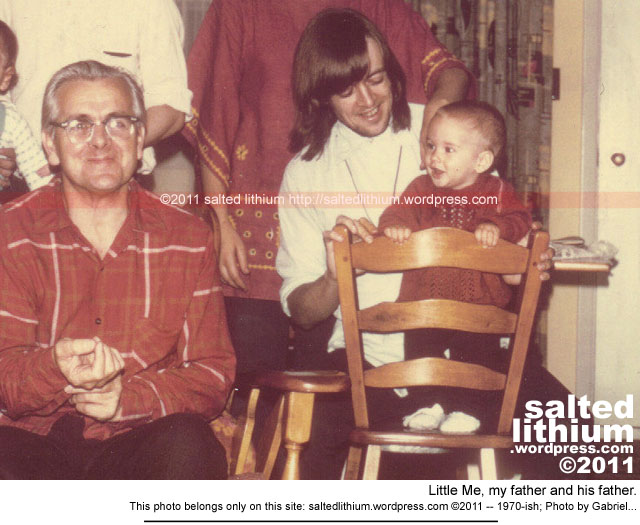 ‘Your children are not your children.
They are the sons and daughters of Life’s longing for itself.
They come through you but not from you,
And though they are with you yet they belong not to you.’
“On Children”, ‘The Prophet’ (1923); Kahlil Gilbran

I watched a documentary recently where the subject, a man recovering late in life from years of neglect and childhood abuse from his father, said he wasn’t interested in reconciling with his father… what he was doing, through his recovery, was trying to understand “father”.

My interpretation of what he was saying is that “Father” means more than ‘father’. As he said it, I understood there was a difference, but I’m not sure what, exactly, it is.

What he said made me think about the role “father”, as a concept, has had in my life… so I thought I should write about it for awhile. 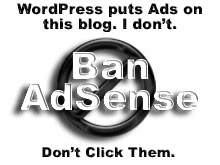 My father was an elementary school English teacher. He was only 18 when he started teaching. There was a shortage of English speaking teachers in the Montreal Catholic School Board, so he was recruited out of college.

When he was twenty-ish he met my 15-year old-ish mother during a charity walk. Three years later they married, less than a year later I was born… on a wintry night, in a hospital in a suburb of Montreal.

Six months later my father deliberately got himself fired from the school. A month after that we were living with his parents near Toronto. The plan was for my father to take over the day-to-day operations of a Youth Hostel.

My father was born in Scotland. He arrived in Canada when he was thirteen. His mother was a mathematician, who worked at developing radar, and then breaking German codes during WW2. His father was a radioman, who served on the HMS Hood, and then a coastal ship… which I don’t know the name of.

My father has three younger brothers. After the war my father became a replacement caregiver for his brothers, as their father travelled around Europe for up to six months at a time, helping to build radar installations.

He also became a replacement husband. There’s a lot he would never talk about, but he did admit to me there was abuse. His mother was a fundamentalist Catholic. So beatings were common. But she also kept him up all night talking to him as though they were a couple.

As a preteen my father would frequently ride away from home on his bike, expecting to never come back.

But he always did, and he always felt shame in doing so.

When his father returned it was always a relief, because my father could revert back to being the son, and the brother.

Most of the work his father did was classified, so he never really explained anything to my father, but during the short stays together they did get along. Absentee fathers are lucky like that. No matter how long they stay away, if the child is young enough, their return is always a celebration.

Basically, while my father still lived in Great Britain, he was abused and neglected. The neglect continued after the family moved to Canada in 1956, when he was thirteen.

When my father refers to my mother, he calls her his “angel”, because when they met he was suicidal. He believes she saved his life. But my father has always been an absentee romantic. An idealist. Someone who, the more time gets between him and a moment, the closer the moment gets to perfection.

Which is common enough in people who have been abused.

Seven months after I was born we moved from Montreal to Southern Ontario to live with his parents. A few months later we moved into a house with my youngest uncle and his best friend.

And that was when we stopped being a family.

My father, when still in Montreal, had his political awakening. French-speaking Quebecois were still serfs. If you spoke only French, you made 97% less than an Anglophone. What the Americans owned, English speaking Quebecers managed. The Catholic Church was still in power. If you were French, you were a “Pepsi: empty from the neck up”. The Quebec Revolution was still in its infancy, but was spreading.

My father marched against American Imperialists. He was also involved in magazine publishing.

So, in our Southern Ontario home, he combined the two, and we became a “Collective” / commune. We became anti-imperialist soldiers who literally sang songs from the Communist Party of Canada (ML) songbook.

At first my father tried working with his father. But that didn’t last a year. A year after that my father gave up on me, and my younger brother, as well.

We became charges of the Collective, while he tried to organize the Revolution.

Seven years later my father bought me a bike, because his multiple affairs had been exposed — including the pregnancy of my mother’s best friend, and he needed proof he could be a good man. The only photos of us together (that I’ve seen) were taken before the Collective, and in the weeks leading up to his forced expulsion from the group he started.

Eventually we escaped my father, we didn’t leave him.

I was eight. When I was fifteen, against the wishes of my mother, I travelled the 400 miles to see him. I spent three days with his parents, and two hours with him. Thirty minutes of that was in his office’s waiting room. The rest was spent in a restaurant.

He told the waitress “this is my son”… that was the first time I heard my father say that. I still cannot adequately describe how it made me feel.

My father was neglected, even abandoned for long periods, by his own father. His mother physically and emotionally abused him. His maternal grandfather was an abusive bully. As a child, my father was turned into a father for his three brothers, including meting out punishments.

The first time he abdicated his responsibilities as a father was when he quit teaching. He still talks about teaching those children as one of the great moments in his life, but when the school asked him to cut his hair, he quit — without consulting with his wife, who had just given birth to me.

Eventually my father abandoned his first two sons soon after we were born, and eight-years later he abandoned his third son before he was born.

My father went on to have two daughters, and did his best to be a father to both of them. But he forgot to tell them about his other three children. When they found out about his past, when they found out he had lied to them for eighteen years, and how he had abandoned us, they stopped being a part of his life.

…he also abused the people in the Collective, all of whom he recruited into the group, and all of whom looked to him as a father figure and leader. In the end it was his abusive behaviour, coupled with his infidelities with some of the women in the group, that forced them to toss him out.

At every opportunity my father, a very intelligent man who also exhibited most of the behaviours of manic depression, seems to have sabotaged every chance he has had to be a father.

He wasn’t alone. Two of his three brothers also have two sets of family’s. His third brother was a Priest, who left the priesthood to have a family as his own. All four brothers were estranged from their father for many years.

Before he died a few years ago, three of the brothers did reconcile with their father — including, at least somewhat, my own father.

Maybe there was just enough time from when they received the abuse, and felt the abandonment, for them all to let those memories and grudges go.

In the end two of the brothers provided for, and have healthy relationships with their children. And two of them, my father and his youngest brother, definitely do not.

I think, while he was raising my sisters, my father tried to be a “father”. And, in a few ways, he succeeded, because my sisters are remarkable women — albeit, mostly because of their equally remarkable mother.

But there’s a fable about a frog agreeing to take a scorpion across a river, but only after the scorpion has promised not to kill the frog because “then we’d both die”. Eventually the scorpion stings the frog, and the frog shouts “hey, WTF?!”, and the scorpion says “sorry dude, it’s who I am.”

Except, in his life, my father is both the frog and the scorpion and he always gets halfway across before killing whatever life he has put together.

Ultimately my father failed as a father, several times over, because he couldn’t separate the abuse done to him by his father* from the role of father.**

*…his mother was the physical presence in his life, but I think the neglect from his father was ultimately more damaging, because that’s how I’ve felt about my father’s neglect.

*…mostly because he was / remains a narcissist and psychopath. But that’s another post.

...diagnosed with manic depression in 1989, for the next 14-years I lived without treatment or a recovery plan. I've been homeless, one time I graduated college, I've won awards for reporting on Internet privacy issues, and a weekly humour column. In 2002 I finally hit bottom and found help. I have an 8-year old son, and a 4-year old son... I’m usually about six feet tall, and I'm pretty sure I screwed up my book deal. I mostly blog at saltedlithium.com....
View all posts by Gabriel... →
This entry was posted in Bipolar, Bipolar Disease, Bipolar Disorder, Clinical Depression, crazy people with no pants, Father, Health, Living With Depression, Living With Manic Depression, Manic Depression, Mental Health and tagged Family. Bookmark the permalink.