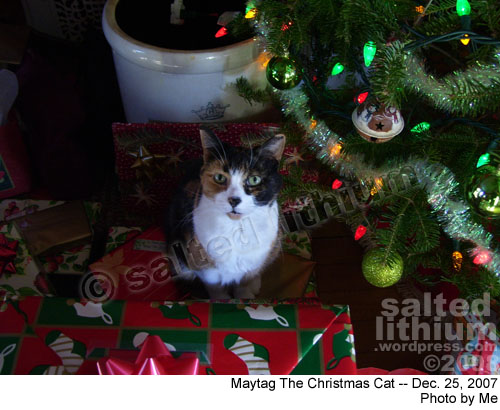 “Despite a commonly held myth that the Christmas season has the highest suicide rate of all the seasons, studies have proven that across North America, suicide rates are actually lower at that time of year. Studies suggest that while the holidays can bring up some very difficult emotions, they also tend to evoke feelings of familial bonds and these feelings may act as a buffer against suicide.”
The Canadian Mental Health Association

“Maybe it’s the added emphasis the people in our lives place on making sure we Manic Depressives are not alone over the holidays, or maybe it’s because we search out people because we feel as though the holidays are a danger to us, but there are no spikes in North America for suicides over the Christmas Season. In fact this time of year is one of the safer periods for Manic Depressives.

“This particular season, however, remains one of the worst times for common depression. The daylight is mostly gone; there are happy people all around us who appear to be having a much easier time coping with their lives than we are, and; every hour of every day advertising reminds us we are all too broke to properly show our love to our family and friends.

“While our disease creates depressions which are absolutely random, Manic Depressives are not immune to the Christmas Blues. It’s just very difficult for us to distinguish the difference between real emotion and the disease. It’s even harder to gauge what our response to a real emotional depression should be. Because we get hit so often by the same hard emotions over time our responses become almost automatic (“I can feel the wave coming on, I should just stay in bed and not move”). Then when we experience a common depression we completely surrender before we realize we only feel depressed because NBC has pre-empted The Office. If Pavlov wanted to observe conditioned behaviour he could have used Manic Depressives.”
Something I wrote here on Salted last Christmas

This Christmas shit really eats into our lifestyles… at least it has always eaten into mine. This is just about the time of year when the Vitamin D I stored up over the summer runs out. The only time I’ve seen sunshine in the past four weeks has been diffused through two snow storms, one Blizzard and a 45-minute trip to and from the dentist yesterday afternoon… and of course when I’m playing Grand Theft Auto.

I am so messed up it actually hurt to get dressed today, and during dinner with Mom my hands wouldn’t stop shaking. I am getting some Vitamin D through the three Litres of milk I drink nearly everyday and the multivitamin I take every morning, so I know I’m better off physically than most people…

I have been depressed over the past couple of weeks and I do think it’s weather and seasonally driven. But I’ve also been considering something else… when we’re at the point in our Recovery where we’re not dreaming about our suicide, is it possible we’ve kept the feeling even while tossing the idea?

It’s like I’ve exchanged “I think I’ll kill myself” for “There’s no point making plans beyond next month because I’ll probably be dead or the world will explode.” I still have the same innate sense of nihilism, it has just become Passive. I’m not a threat to myself, I’ll probably not kill myself, but now I’m waiting… I won’t shoot myself but I probably won’t get out of the way of the bullet you just fired.

What kept me alive while unmedicated wasn’t a sense of optimism because there was no faith in a better tomorrow, it was either “I just don’t have the energy to kill myself today” or “what’s the point in killing myself Now?” To move past any of my suicide fantasies I was never thinking “boy, what about those grandkids?” I was mostly thinking “I don’t think I have enough pills to do it right” or “fuck, what if I end up in a coma?” or “I’d rather not have my brother be the first one to find my body.” But mostly it was “there’s just no point in killing myself Today”… the implication being “there’ll probably be a better reason later anyway.”

So I did that every day for eighteen years — give or take. This is kind of what I was getting at a couple of posts ago… the Stockholm Syndrome, where the disease is the SLA and we’re Patty Hearst. When you’re a part of a cult the Cult Leader beats on you daily, either physically or emotionally, until you believe what they believe. Well the Manic Depression, left untreated, beats on Us every day… until we believe what it tells us, until we’re left exhausted and with a view of the world that’s perverted and wrong.

“If Pavlov wanted to observe conditioned behaviour he could have used Manic Depressives.”

But now it’s Christmas and then New Year’s and both are times for thinking about Future Shit and planning events like Christmas dinners and New Year’s parties… it has actually gotten to the point where I’ve stopped lying about it (“Oh, well, I might do this or that or the Other thing”), when someone asks me what I’ve got planned for Blah Day I either change the topic or ask about their plans.

I will be with my parents and at least one brother and one sister and my girlfriend this Holiday Season, and I will enjoy all of their company Very much and I will participate and not be a Dark Presence in the corner… anyway, this was supposed to be about Christmas but turned into something else or something more…

...diagnosed with manic depression in 1989, for the next 14-years I lived without treatment or a recovery plan. I've been homeless, one time I graduated college, I've won awards for reporting on Internet privacy issues, and a weekly humour column. In 2002 I finally hit bottom and found help. I have an 8-year old son, and a 4-year old son... I’m usually about six feet tall, and I'm pretty sure I screwed up my book deal. I mostly blog at saltedlithium.com....
View all posts by Gabriel... →
This entry was posted in Bipolar, BiPolar Christmas, Bipolar Disease, Bipolar Disorder, Christmas, Clinical Depression, crazy people with no pants, Depression, Depression And Christmas, Family, Health, Lithium, Living With Depression, Living With Manic Depression, Manic Depression, Old men in red suits, Punk, YouTube. Bookmark the permalink.